Since mid-March prices for the May RBOB Gasoline futures contract have oscillated in a narrowing range and formed a coil pattern. Coils are patterns that indicate market indecisiveness, which has definitely been the case for the entire crude oil infrastructure since the beginning of the year. Coils are not as reliable as flags, pennants, and wedges at predicting the direction of the breakout, coils do tend to break in the direction of the trend, in this case down. 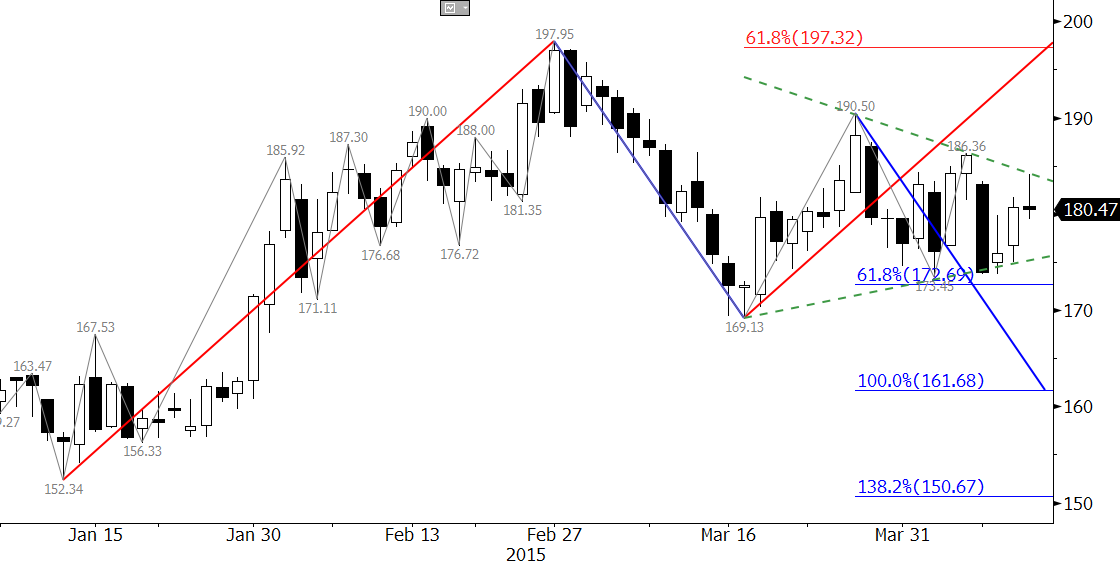 A close over 185.0 would indicate prices have broken higher out of the coil and call for another test of crucial resistance at 197.3, which is the 0.618 projection of the wave up from 152.34.