May natural gas futures stalled at $2.475 after meeting the 0.618 target for the wave $2.949 – 2.583 – 2.719. A close over $2.576 will complete the bullish morning star and a close over $2.624 would confirm it. In addition, the confirmed bullish KaseCD divergence and second class long KEES permissions indicate the upward correction should extend. A normal correction will hold the 38 percent retracement from $2.949 at $2.66. An extended correction is expected to hold $2.77, the 62 percent retracement.

Take a four-week trial of the Kase Commentary on Natural Gas. 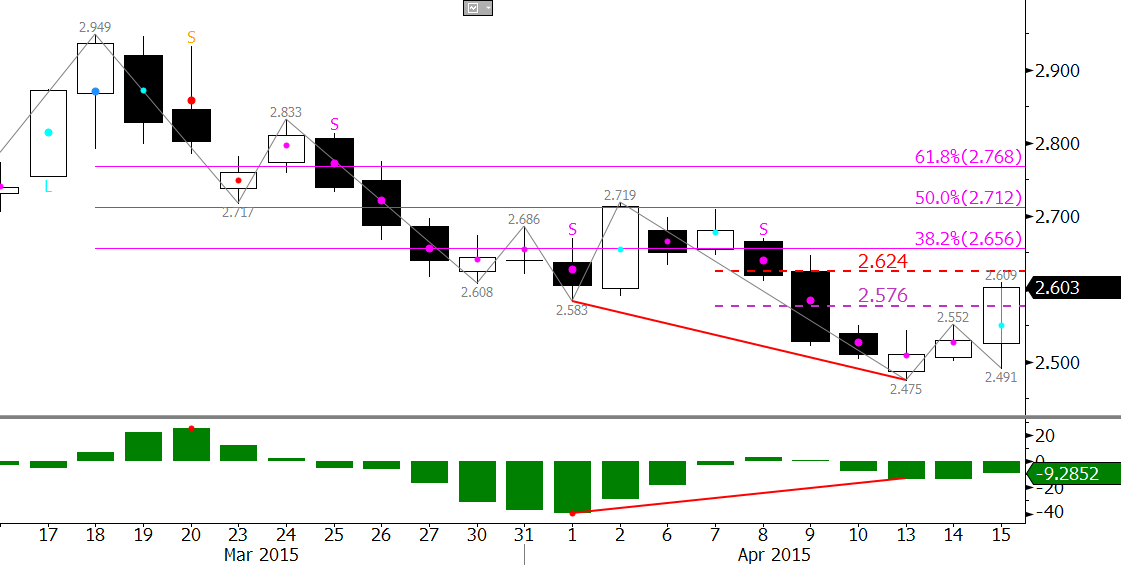