RBOB Gasoline continued its decline and met a crucial target at 155.8 for the primary wave down from 315.2. The trend terminus (T = 156.3), is the lowest that most trends extend. However, there is no evidence that the decline is going to end. The next targets are 147.3 and 139.2. The KaseCD is setup for divergence and the KasePO is oversold, so a correction may take place soon. Last week’s midpoint and open are initial resistance at 168.1 and 176.5. A close over 176.5 would call for $198.3. 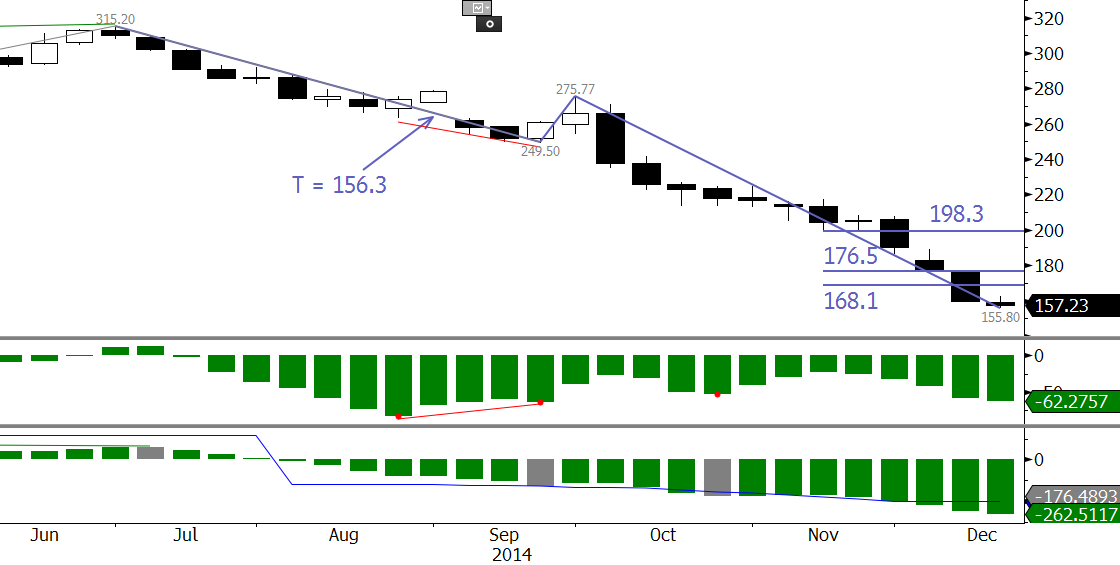