The WTI-Brent spread has been fluctuating in a range for the past few weeks after narrowing to an intraday high of (3.34) on April 15. The narrowing spread has supported rising WTI and Brent price, and the wave formations indicate the spread will most likely continue to narrow. However, it must overcome (5.50) to make the connection to a (4.30) decision point. A close over (4.30) would open the way for a confluent (2.30) target, which connects to (1.30). That said, a close below (8.40) would call for the spread to wide again to at least (10.3). 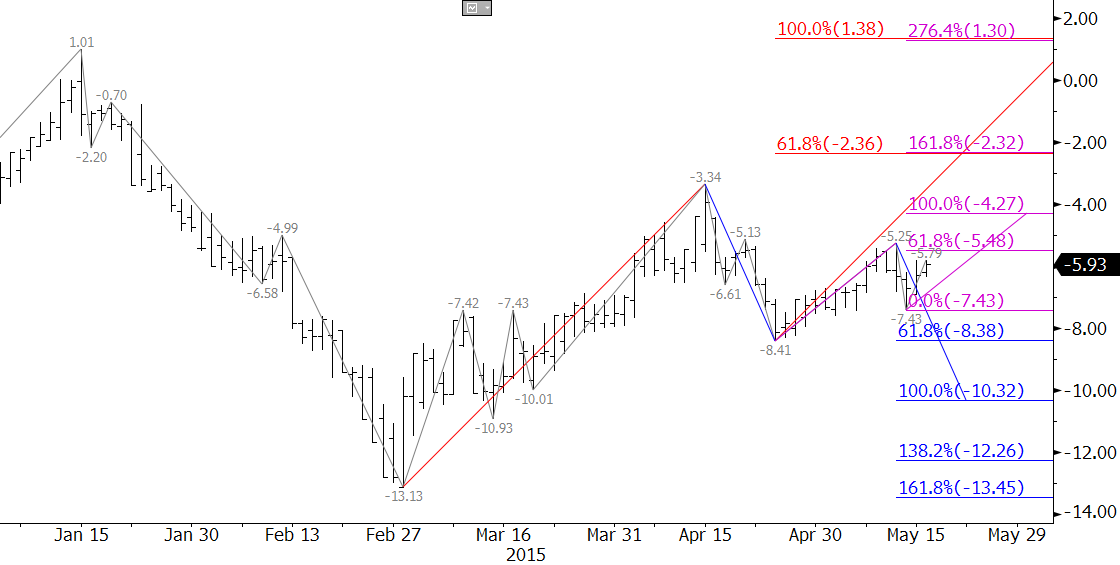