As WTI crude oil prices fall from the recent $51.67 high, some reports indicate the pullback is due to the rising U.S. dollar and increased rig counts for the second week in a row. Pundits have also stated the sharp price surge could encourage some producers to increase production, keeping the market oversupplied. Others still believe recent supply disruptions in Canada and Nigeria will be supportive.

From a technical perspective, WTI’s move up had become extended and was due for a correction. The confirmed dark cloud cover, bearish daily divergences, weekly shooting stars, and monthly evening star setups indicate the majority of technical factors are negative for the near-term.

Support at $48.6 was challenged Monday, but held on the close. A move below $48.6 in early trading Tuesday would open the way for at least $47.7 and possibly $46.7. Both targets are near major swing lows that may hold initially. Therefore, we expect the move down will be choppy as it unfolds over the next few days. 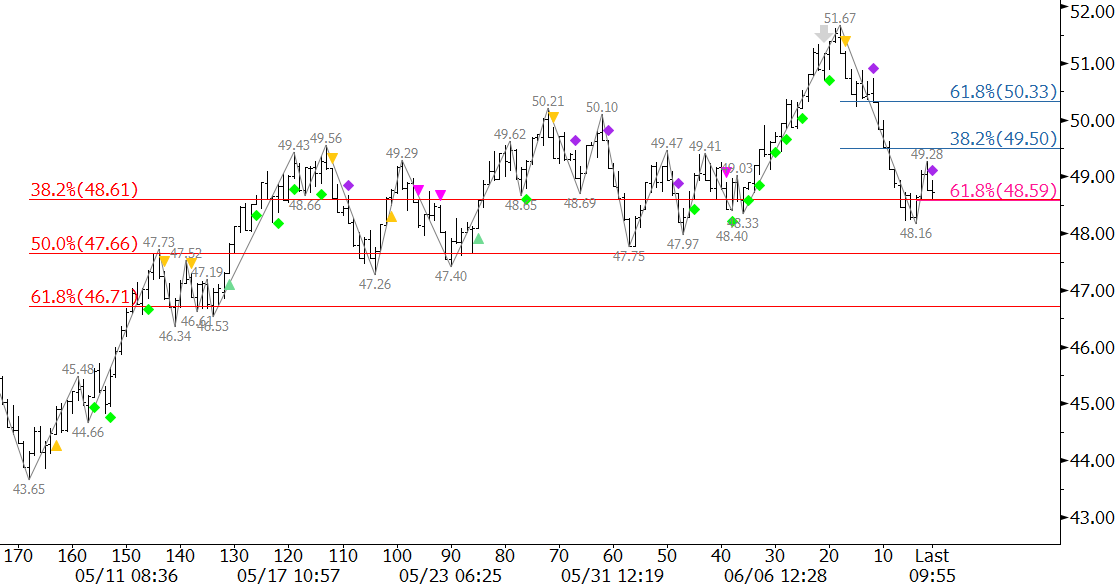