July natural gas challenged its $2.635 high made January 8, 2016 on June 13. So far, this important resistance level has held and prices have settled into a choppy range between $2.535 and $2.635. The market is most likely waiting for tomorrow’s EIA Natural Gas Storage Report before breaking higher or lower out of the range. 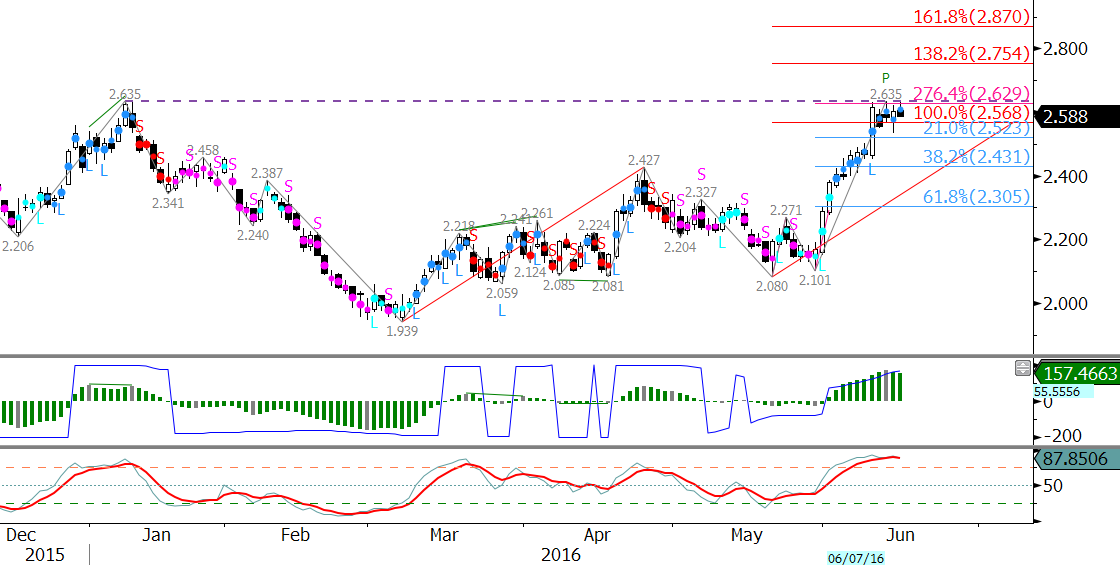 That said, $2.635 has held and the KasePO PeakOut and an overbought Stochastic indicate a deeper pullback might take place first. There is also a double top (some might argue a triple top) at $2.635. Tomorrow’s EIA number, if bearish, could lead to a break lower out of the range.