The U.K.’s vote for Brexit came as a shock to many investors and traders around the world. Equity markets have tumbled and crude oil followed suit as the U.S. dollar has risen substantially. Some pundits think the downturn in oil has been overdue, and warn that the market is still oversupplied and could slip further in coming weeks and months. Others hold the recovery will continue and that the decline is likely an overreaction to Brexit.

It is clear that sentiment is mixed. However, charts tell a clearer story. The long-term bias is positive, and ultimately odds still favor the move up. However, the downward correction is poised to continue for the near-term. 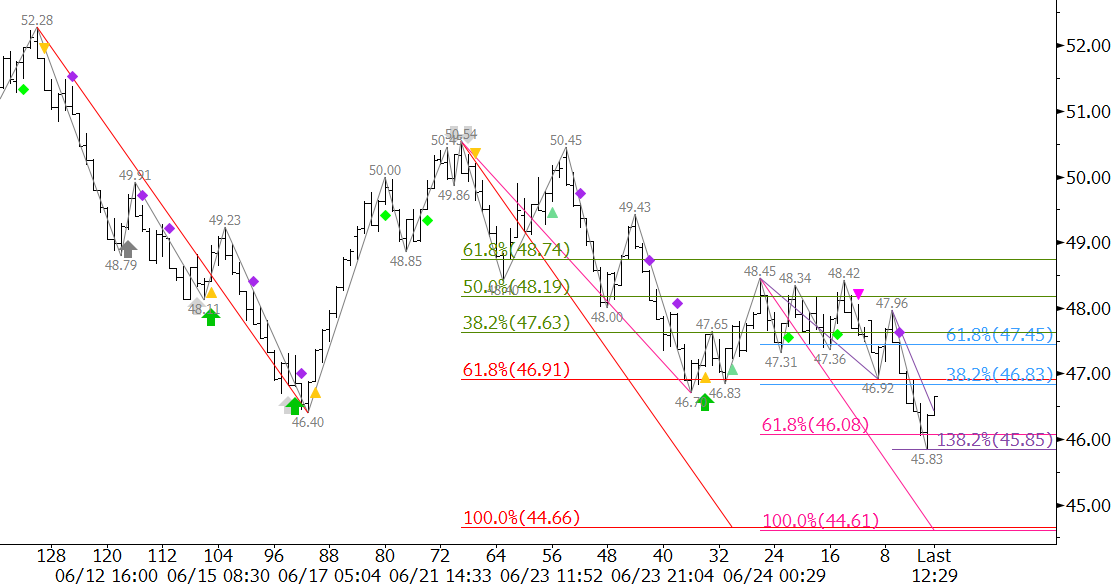 The upward correction that began late Monday afternoon may extend to $46.8 and even $47.5 in early trading Tuesday. However, $47.5 should hold. A close over $47.5 would call for a test of key resistance levels above $50.0, that if overcome, would indicate the downward correction is over.