August natural gas pushed to new highs Tuesday and early Wednesday before stalling at $2.974. Cooler than previously expected near-term temperature forecasts are reportedly the culprit for Wednesday’s pullback and settle at $2.863.

Longer-term, the outlook for natural gas is positive and is most likely forming a five-wave trend. The move up is due for a significant correction to form a potential Wave IV. Momentum is setup for bearish divergence. The Stochastic has also crept its way below the overbought threshold. 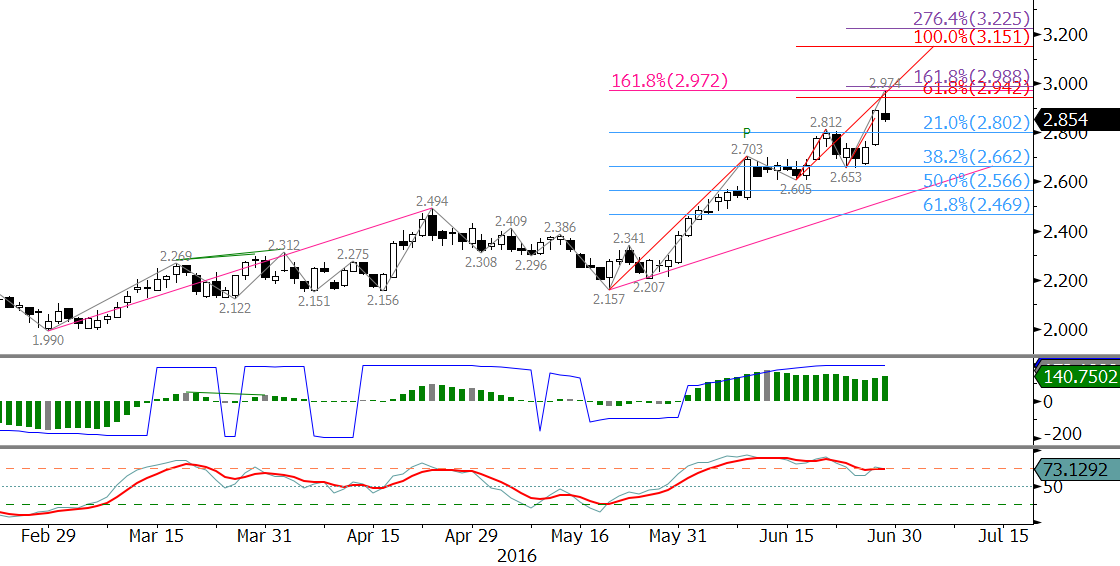