Early Monday, crude oil prices were bolstered again after an announcement made by non-OPEC producers to cut 558,000 barrels per day. This comes after a commitment by OPEC to cut 1.2 million barrels per day. Reports indicate that such cuts will help to rebalance supply and demand by the first half of 2017. However, many market insiders remain skeptical that OPEC and other major producers such as Russia will stick to their agreements and quotas in coming months. 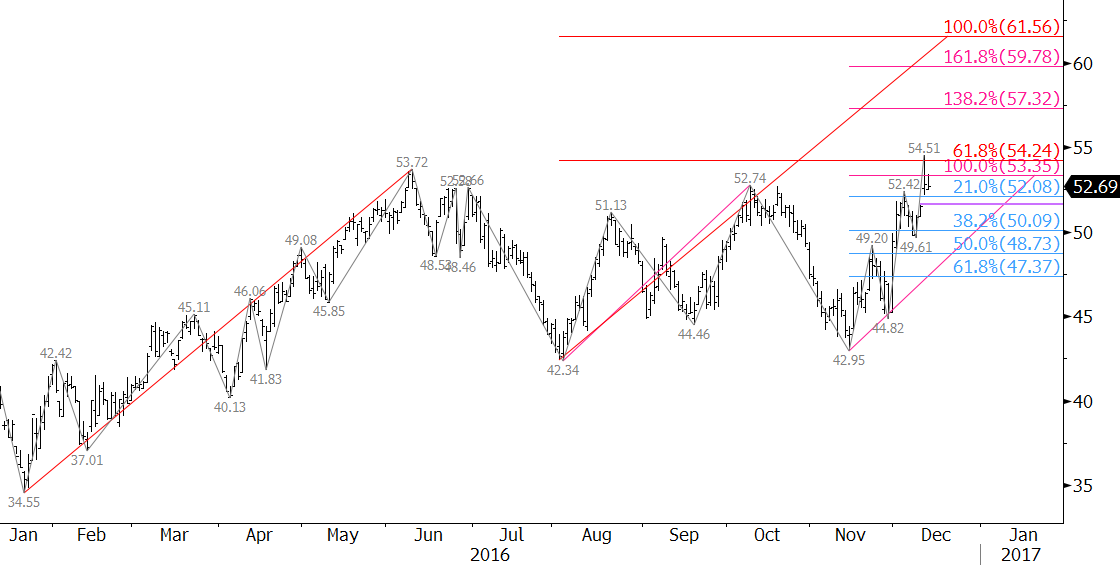 Due to the importance of $54.5, a correction is expected before prices rise much higher. So far, prices have fallen to $52.18 and formed a shooting star pattern on the daily chart. This is negative for the near-term and indicates the gap from $51.66 will most likely be filled within the next day or so.