NY Harbor ULSD futures fell to a new intraday low for the eighth session in a row, but formed a bullish morning star setup and hammer. These are bullish reversal formations, but in this case it is more likely that a subsequent move up will be a correction rather than a reversal. In addition, the decline stalled near the 62 percent retracement of the move up from 154.8 to 197.86, which supports the likelihood of a correction. However, the KasePO and KaseCD show that the decline should ultimately continue. Look for resistance at 178.7 and no higher than 186.0 to hold. 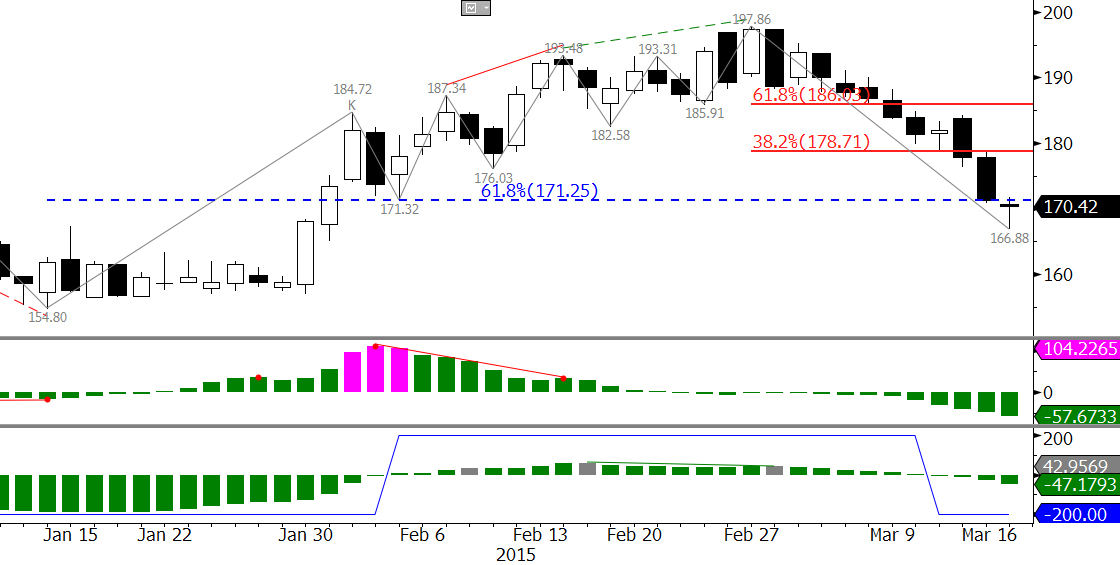