Gasoline futures formed a double top at approximately 209.5 after attempting to overcome this crucial area of resistance in early trading Tuesday. The double top and confirmed dark cloud cover call for at least 195.0. This is a crucial decision point for an extended correction because 195.0 is in line with the 196.21 swing low and 38 percent retracement from 169.25. A close below 195.0 will confirm the double top and open the way for its target near 183.7, which is also near the 62 percent retracement. 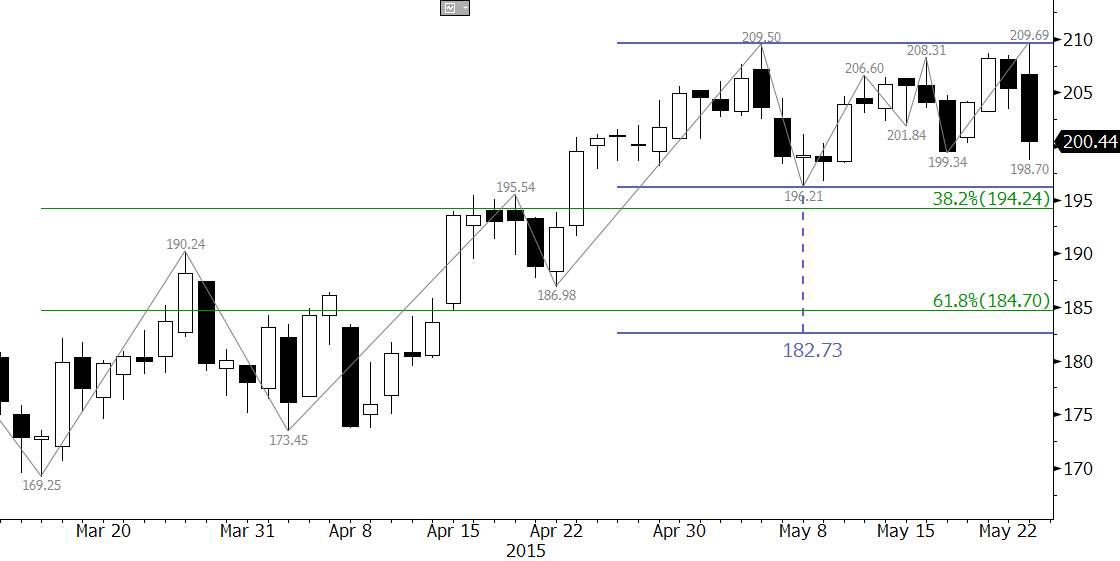