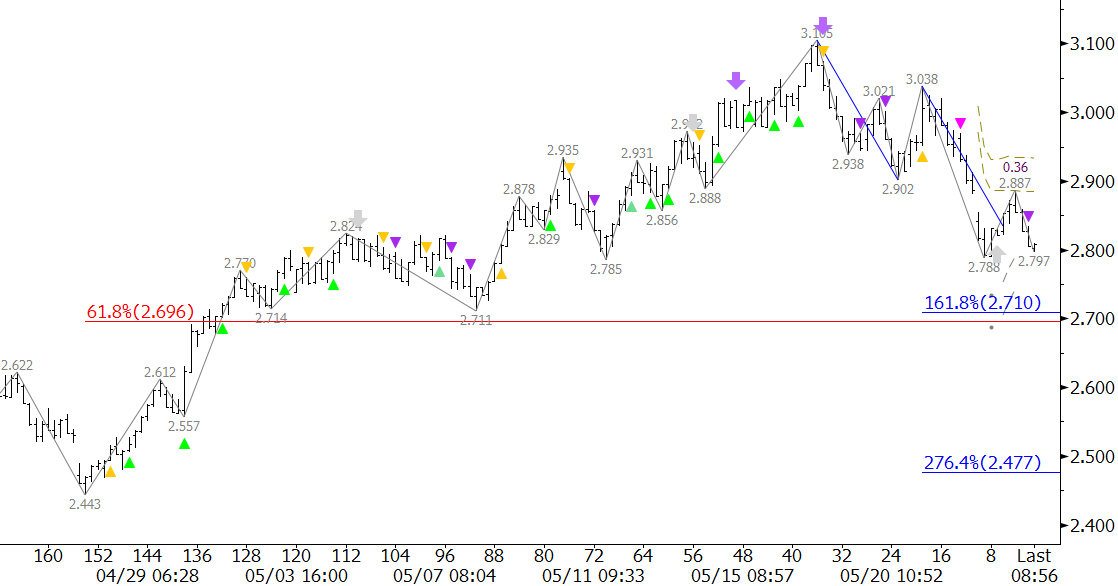 The $2.71 objective should be challenged ahead of tomorrow’s EIA report, which is confirmed by KaseX’s short signals on the $0.035 KaseBar chart today. The confluence, positioning, and importance of $2.71 leads us to believe that it will hold, at least initially, and will be followed by a trading range similar to the one seen throughout March.

This is a brief analysis ahead of tomorrow’s EIA report. Our weekly Natural Gas Commentary is a much more detailed and thorough natural gas forecast. If you are interested, please sign up for a complimentary four week trial.