Reports indicate traders and investors have been focused on the return of crude oil from recent worldwide supply disruptions, primarily in Canada and Nigeria, in addition to swelling output from Iran. The rising U.S. dollar has also put bearish pressure on prices after the Fed’s latest policy meeting notes suggested a June rate hike possible.

From a technical standpoint, WTI reached significant targets just below $50.0 late last week before forming daily bearish divergences and daily hanging men. These factors indicate the move up is exhausted. However, so far, July WTI’s decline from $49.56 has been extremely choppy and is most likely corrective.

The correction has held the 38 percent retracement from $43.65 to $49.56, but is positioned to extend a bit lower. There is highly confluent support at $46.8, which will likely be met before the move up continues. A close below $46.8 would call for an extended correction to $45.6. 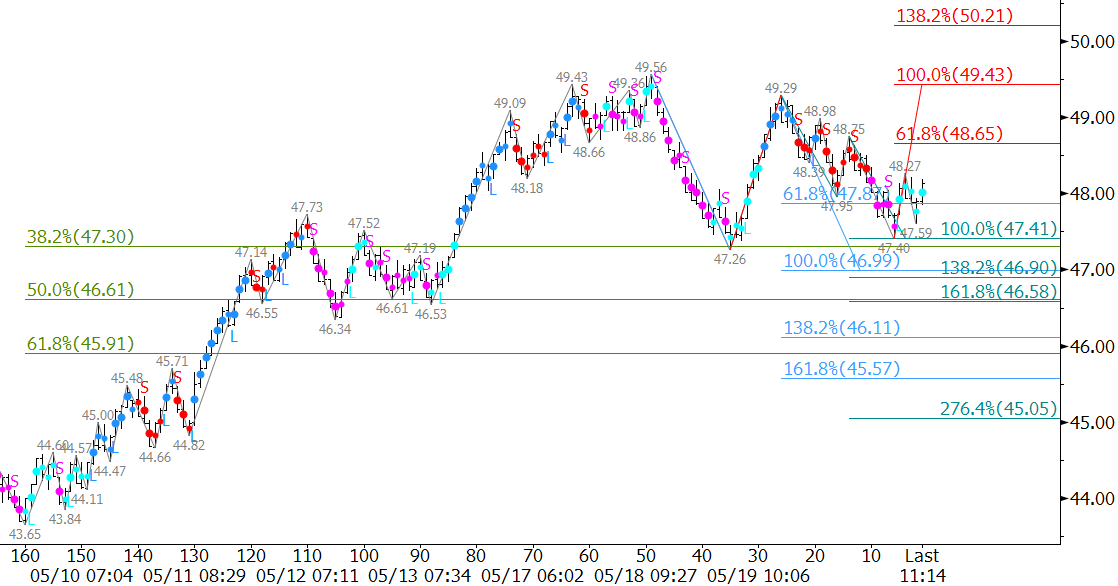 In summary, look for a test of $47.4 followed by $46.8. A close beyond either of these levels will give the market a better sense of near-term direction and how low the correction will extend before prices ultimately turn higher again.