Fears of a persistent supply glut still weigh heavily on the minds of traders. In addition, media reports stated that last week Saudi Arabia slashed prices on its highest-quality crude oil destined for Europe and Asia. Some are interpreting this as a signal that Saudi Arabia is still willing to deal with low prices, therefore, production cuts will not take place any time soon. A weaker U.S. dollar could support WTI, but the charts tend to indicate key support will be tested in coming days.

Last week’s brief rally on Wednesday was reportedly fueled by the declining dollar. However, the move stalled on Thursday and prompt month WTI futures have fallen to $29.57 so far. This is just above crucial support at $29.4, and the near-term outlook hinges on whether or not this objective holds. 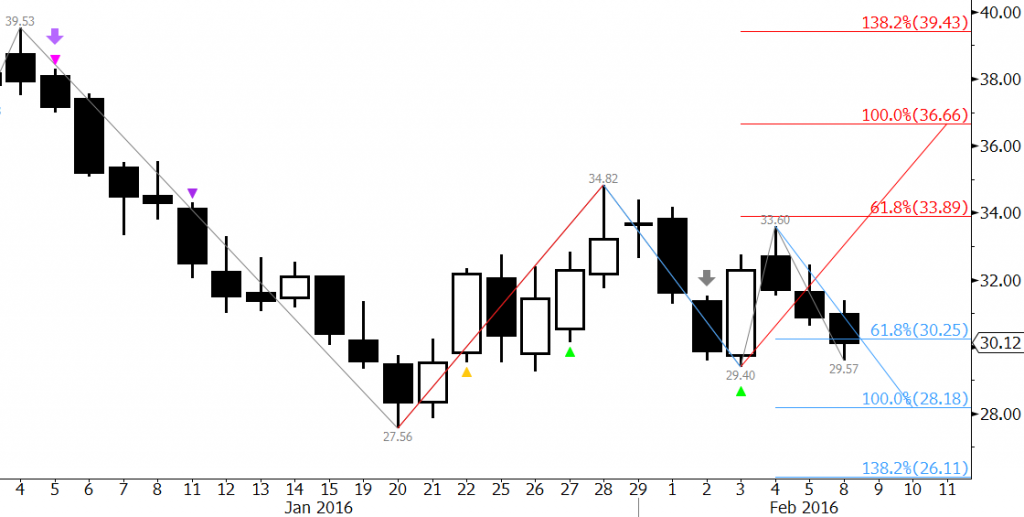