June WTI crude oil has oscillated in the range of a broadening wedge over the last eight trading days. The pattern is bullish, but the euphoria of WTI’s recent price surge is waning. Mixed technical and fundamental factors indicate the pattern will fail if the $58.41 swing high is not overcome soon.

Key technical support for the near term is $55.3 because it is the 1.00 target for the wave down from $58.82, and intersects with the lower trend line of the expanding wedge. This wave stalled at its 0.618 projection of $56.5, so the market is sitting on the teetering edge of a decline to $55.3 or push higher to overcome $58.41. A close over $58.41 would confirm a break higher out of the wedge and would open the way for an extended upward correction. A move below $56.5 would open the way for $55.3 to be challenged. Overall, odds are still slightly in favor of the move up and a break higher out of the wedge, but a close below $55.3 would indicate the pattern has failed.

For more detailed weekly analyses of WTI, Brent, and Natural Gas please take a trial of the Kase Energy Forecasts. 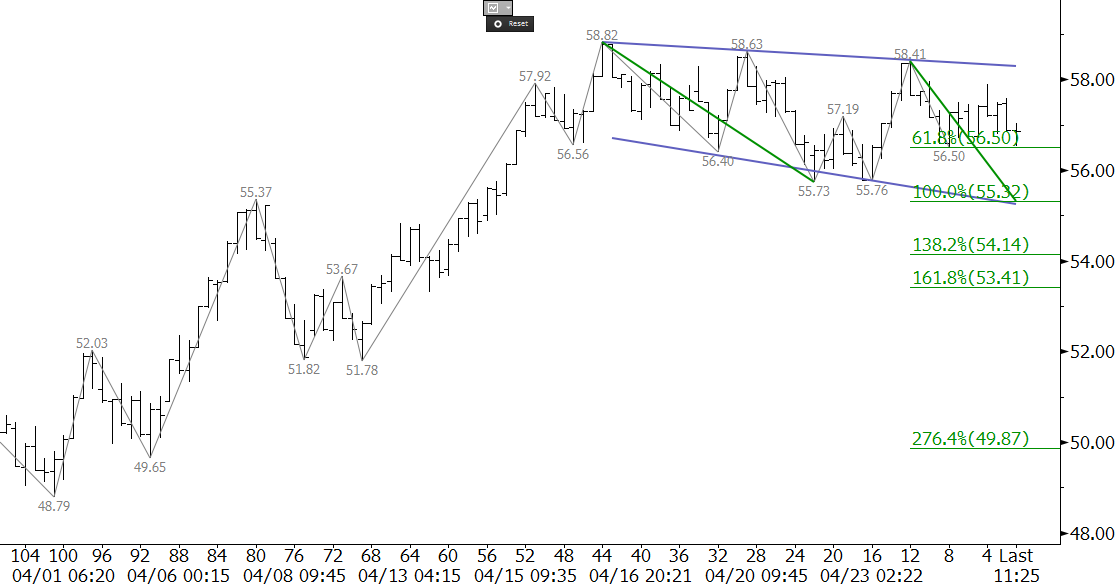