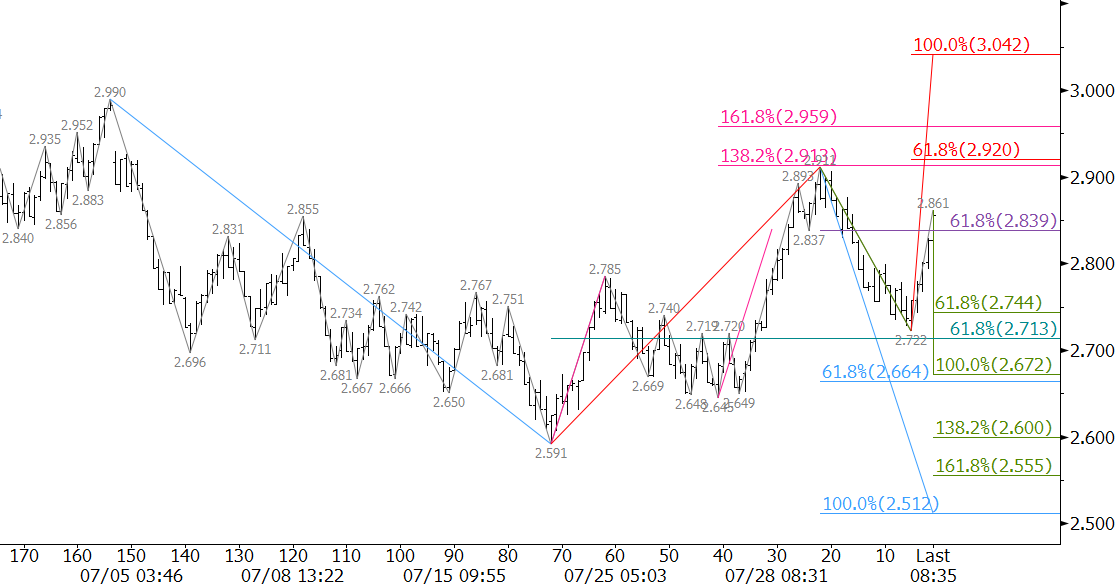 The KaseCD, a second derivative momentum indicator, is setup for bullish divergence on the daily chart. First resistance is $2.63. The key level for the near-term is $2.68. This is Tuesday’s midpoint and the 38 percent retracement of the decline from $2.911. A close over $2.68 would indicate September natural gas will most likely settle back into the recent trading range.