Brent crude’s failure to close above the $57.5 completion point of the weekly morning star setup (circled in green) was negative and indicates the geopolitically driven move up that took place last week may be short lived. The Brent crude price rose modestly on Monday, but most short-term technical factors indicate it should test $53.1 again. A close below this would call for $49.2, which is the last target protecting the $48.95 contract low. 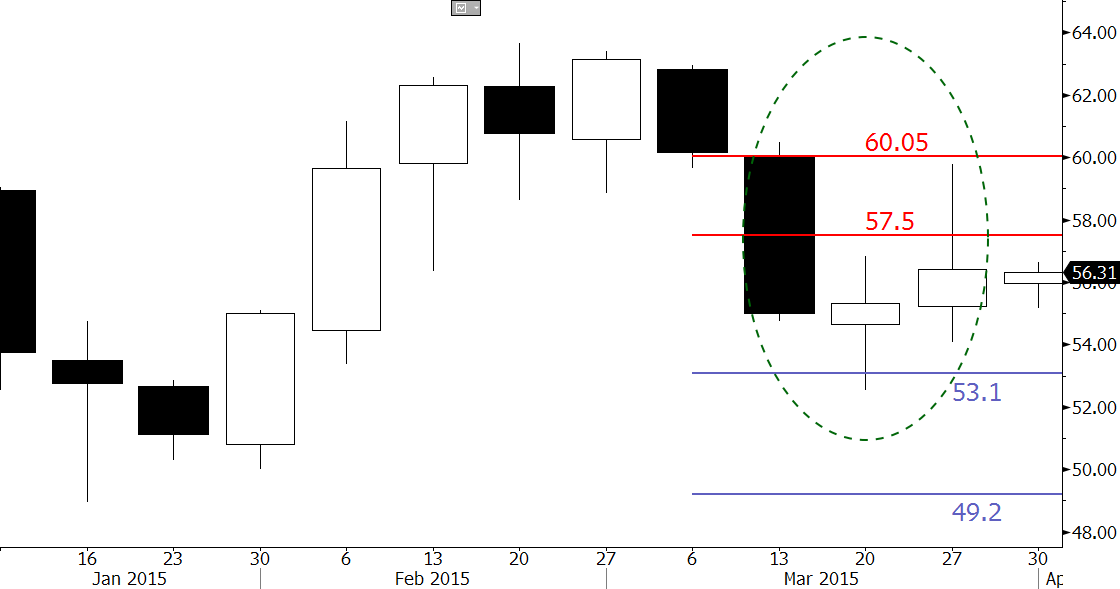