WTI’s rally from $27.56 late last week was sparked by a few positive technical factors such as a daily bullish engulfing line and momentum divergence. These are factors that would normally accompany a major turn. The move up was a bit over exuberant though, and has stalled at $32.74. Major support at $29.6 is already being tested, and it looks like the rally might be short lived.

Technicals will generally lead the way when a turn is taking place. However, markets, especially the energy markets, have a propensity to overcorrect after being so deeply oversold. To sustain the move higher a shift in the underlying fundamentals must take place. Given today’s pullback, it looks like the market is doubtful that will be the case. The move up is not doomed (yet), but major support is being already being challenged. 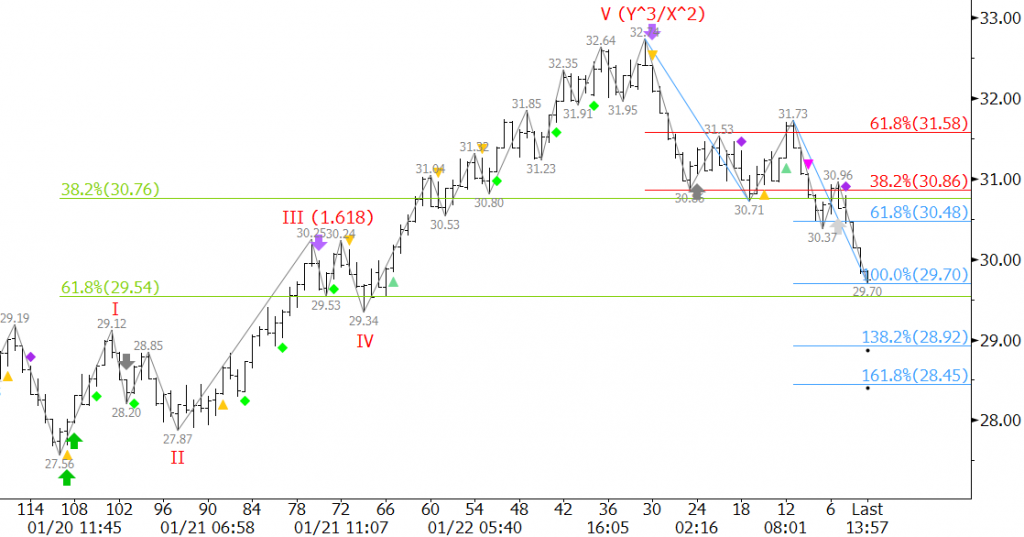 Give the confluence of support at $29.6 a test of resistance could take place early tomorrow. First resistance is $31.1. However, WTI will need to close over $31.8 to have a shot at moving higher again later this week.