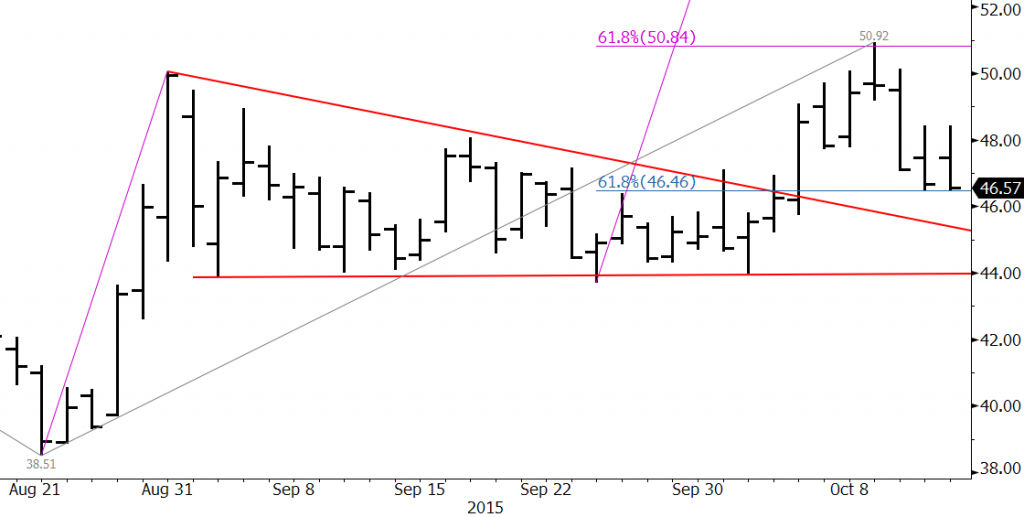 The market is telling us that it needs more time to sort itself out as it awaits more data. We have stated that the move up would likely be a grind higher, and so far that has been the case.

Should prices fall below the $43.71 swing low the outlook will shift back to negative for the longer-term.