The rise in crude oil prices last week was reportedly due to increased hopes that major producers will reach an agreement to cut production. However, others’ skepticism about such a cut, the surging U.S. dollar, and a surprisingly large increase in U.S. oil supplies are said to have kept a lid on the move up so far. 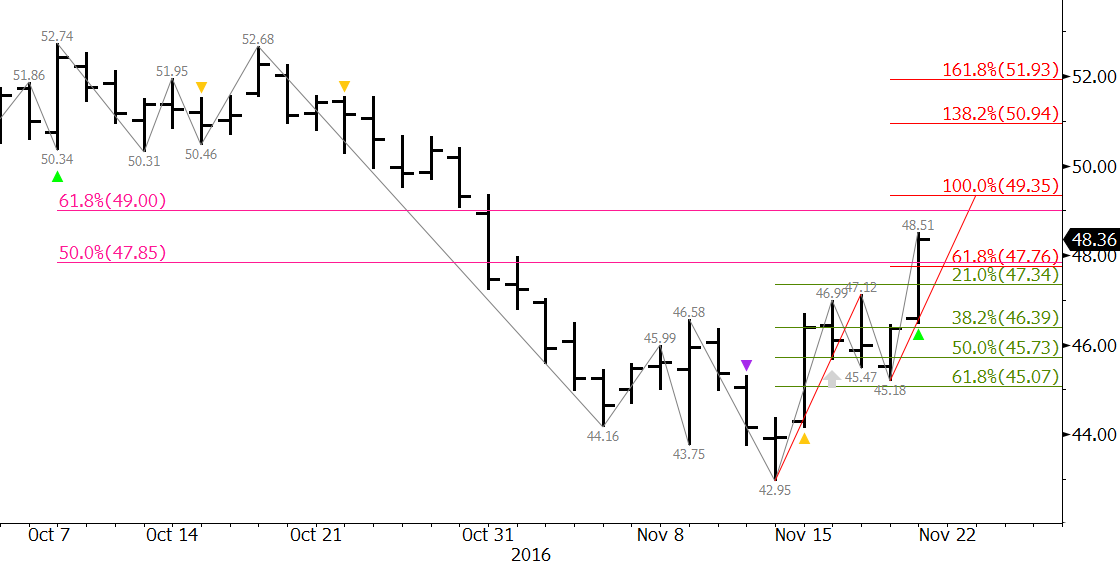 The move up is now in position to challenge key resistance at $49.1. This confluence point is near the 62 percent retracement of the decline and the 1.00 projection of the wave up from $42.95. It is also just above the open for the week ended November 4.

The confluence and importance of resistance around $49.1 make it a potential stalling point. However, a sustained close over $49.1 would indicate a more substantial correction and potential recovery to challenge recent highs is underway.