It looks as though the natural gas rally has stalled and that prices will most likely settle into a trading range. The move up had been resilient for the past few weeks, reaching a crucial target at $1.91 and nearly extending to key resistance just above $2.00. However, the lack of a positive shift in underlying fundamentals has put a lid on prices, for now. 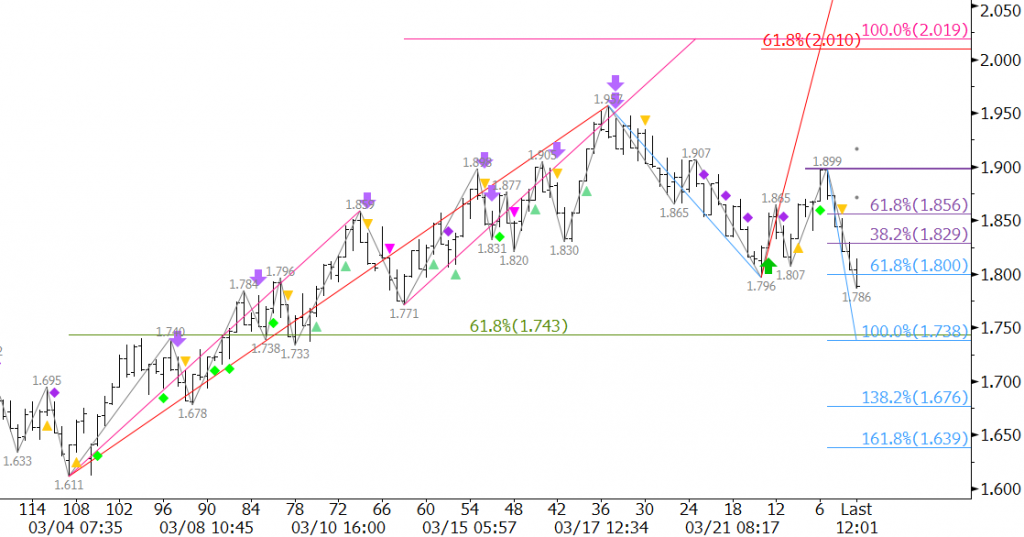 Longer-term, the outlook for natural gas remains bearish. However, we do not foresee prices making new lows yet. The most likely scenario, during the first few weeks of injection season, is a trading range between nominally $1.65 and $1.95. This is similar to the type of range seen last year between $2.55 and $2.95.