Natural Gas Forecast: May Stalls at Key Resistance, For Now

Natural gas entered into the injection season a bit earlier than normal, and as a result, prices have settled into a state of flux. It is too soon to say that a long-term bottom has been made, especially for the May contract. However, over the past few days the charts have shown that the upward correction is attempting to extend and that prices could soon rise to levels above $2.00.

May natural gas stalled just below crucial resistance at $2.02 Wednesday morning. This is the 0.618 projection for the wave $1.731 – 2.032 – 1.837. The $2.02 target is key resistance for the near term because a sustained close over this would call for at least $2.14 as the 1.00 projection. At that point, the move up would still be corrective longer term, but would most likely confirm that a bottom has been made through at least the summer months. 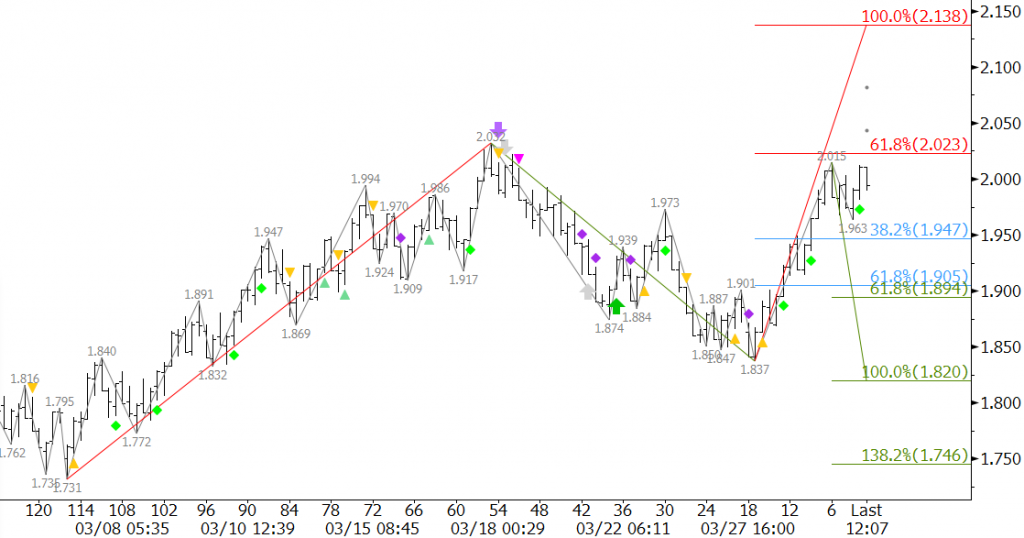 One thought on “Natural Gas Forecast: May Stalls at Key Resistance, For Now”