Natural gas’s move up has been resilient and reflects the market’s desire for a longer-term bullish move. The bullish sentiment was reflected by the move to $3.30 on Monday. However, this was a highly confluent wave projection that has held and November has pulled back to $3.184 so far.

From a technical standpoint, there is little doubt that the move down is corrective. The decline has been shallow and choppy and may form a bullish expanding wedge. However, today’s close below Monday’s midpoint and the waves down from $3.30 call for the correction to extend at least a bit more before the move up continues. 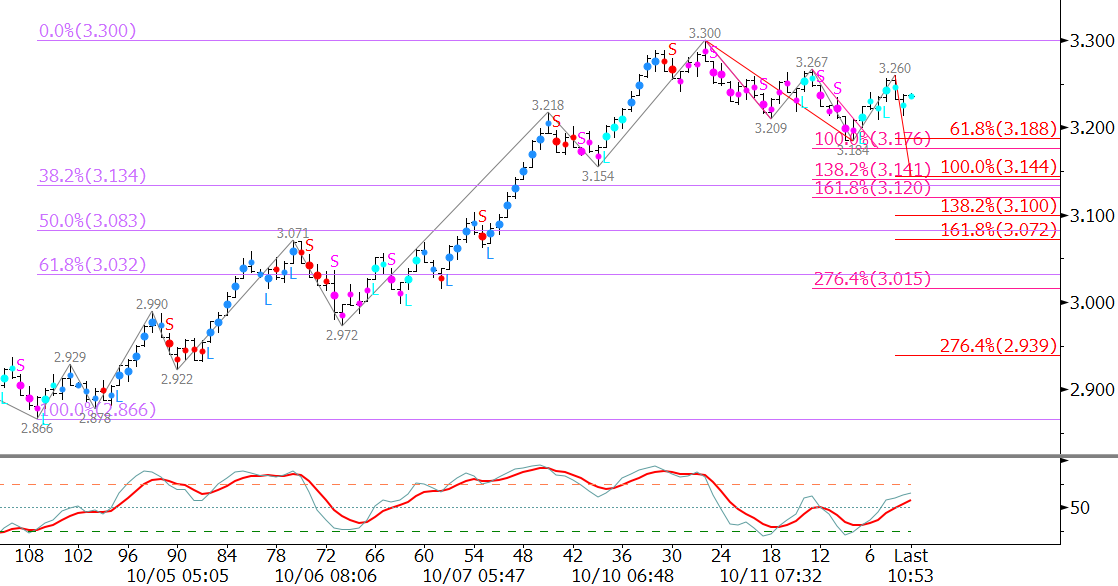 Support at $3.18 is still important. A move below $3.18 would call for at least $3.14, which is a confluent wave projection and retracement level. A close below $3.14 would open the way for a more significant correction before prices rise to a new 2016 high.