Reports indicate increasing OPEC exports out of Nigeria and Libya and a partial shutdown of a major U.S. gasoline pipeline weighed on crude oil prices last week. In addition, U.S. rig counts rose to 416, the highest level since February.

That said, some traders are turning their attention to the late September meeting between members of OPEC and Russia to discuss capping production. However, pundits think any meaningful consensus coming out of the meeting is unlikely.

The majority of technical factors are negative and call for crude oil’s decline to continue.

Early Monday, November WTI rallied to $44.7. However, the move up stalled and failed to settle above Friday’s $44.32 open. A bullish Harami line and star setup formed, but the long upper shadow indicates the pattern will likely fail. 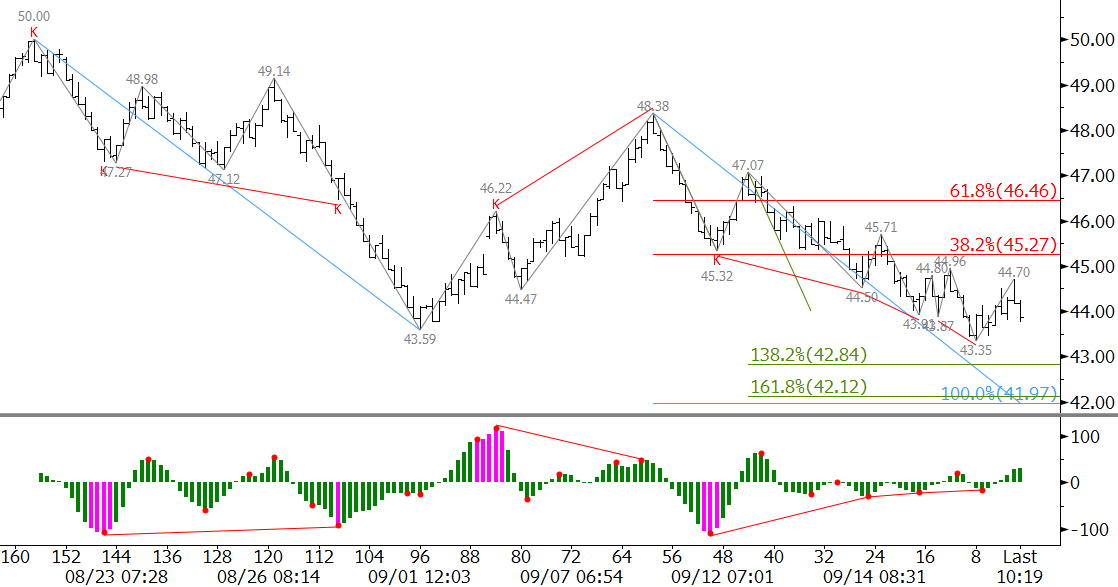