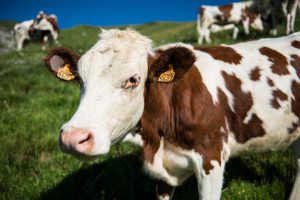 Who could ever forget the iconic 1984 Wendy’s commercials featuring three little old ladies yelling “where’s the beef?”(If you are too young to remember treat yourself to taking a minute to watch.)

The commercials and the phrase “where’s the beef?” spawned a cultural catchphrase that has since become a statement questioning the value and substance of a product. The value of beef, priced in live cattle futures, has tripled since 1984, but a downturn in prices over the past 10 months begs the question, “where’s the beef going?”

On October 31, 2014 the perpetual (first nearby) live cattle futures contract rose to an all-time high of 171.975 cents per pound. Since then, prices have fallen in a corrective manner and recently came very close to meeting major support at 141.35. This is a highly confluent target that serves as a series of Fibonacci projections for the waves down from 171.975 (blue), 164.25 (green), and 156.475 (red) as shown in the chart below. 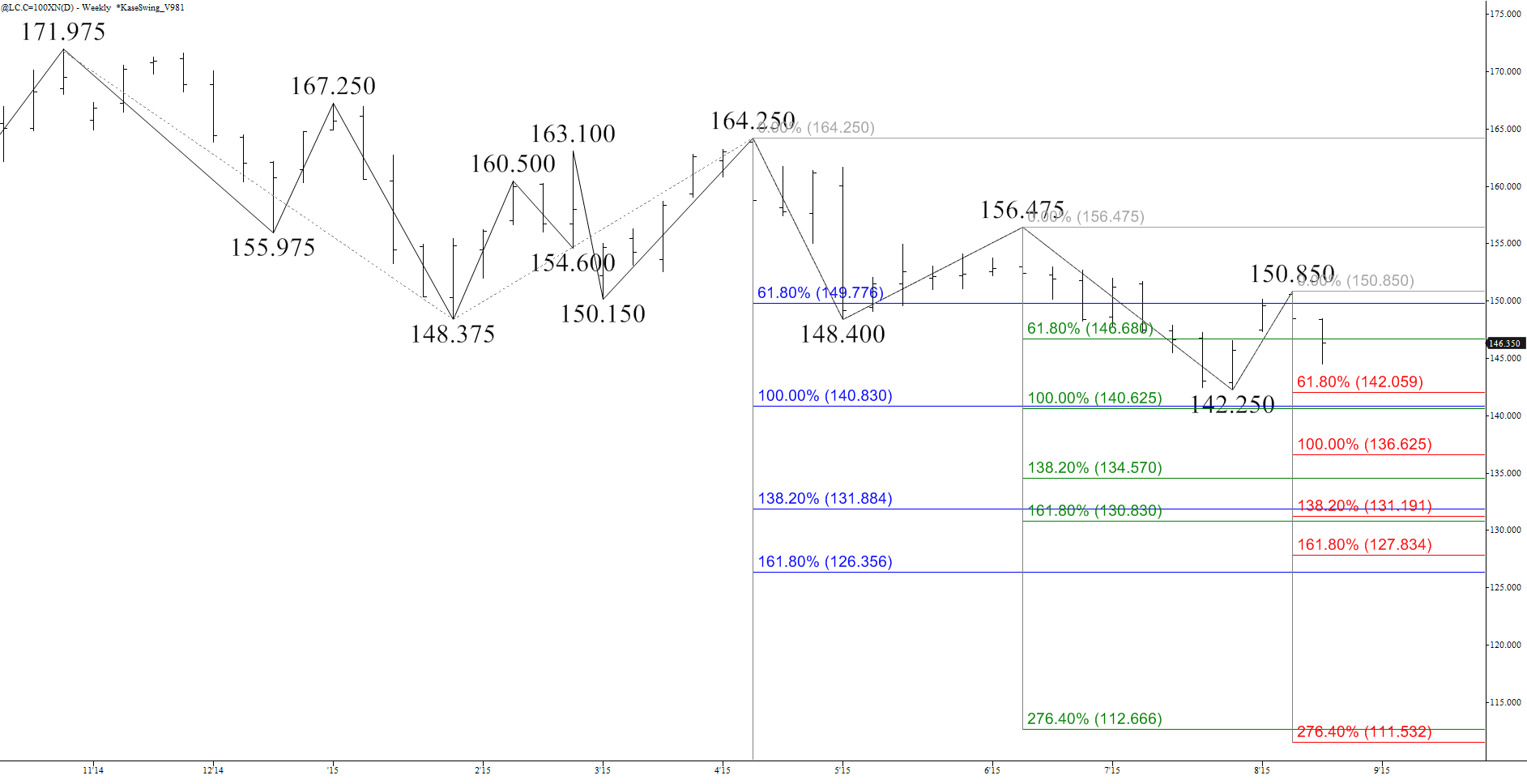 A close below 141.35 would open the way for the decline to continue to at least 135.6 and very likely 131.4. The latter is another highly confluent wave projection and potential stalling point, but the key target for live cattle futures is 127.0. This is the 1.618 projection of the largest and most important wave down from 171.975 (blue) and the more recent wave from 156.475 (red).

The decline from 171.975 is no doubt a correction of the long-term move up, and corrections normally hold the 1.618 target. Therefore, we expect to see a significant pullback and potential bottom form at 127.0. However, a sustained close below this would open the way for an extended decline to 122.05 and possibly 112.0.

The decline has stalled at 142.25 for now, and so far the subsequent rise to 150.85 is most likely a small correction of the move down (yes we are talking about corrections of corrections). The recent move up is most likely being driven by a typical seasonal boost for beef ahead of Labor Day. 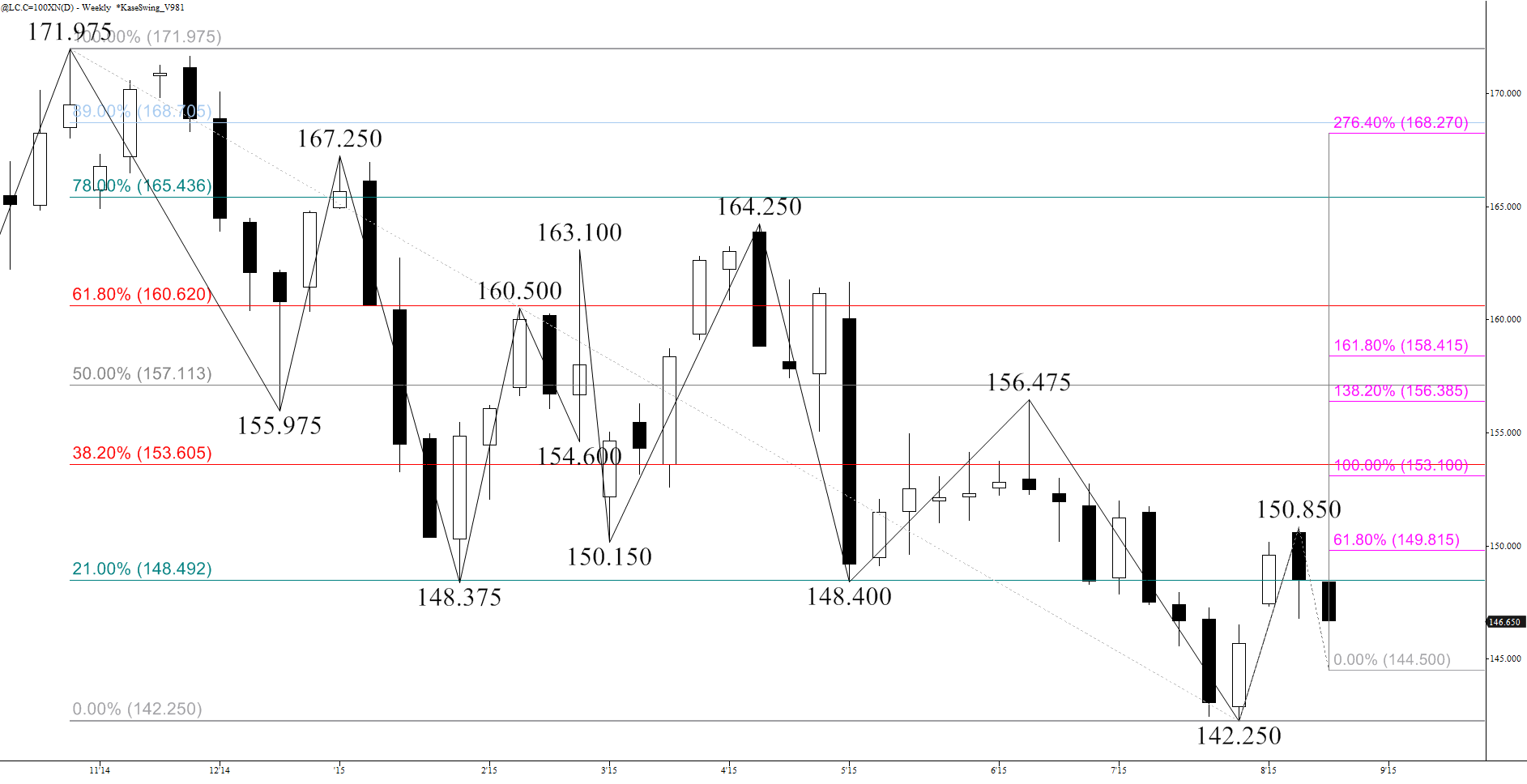 Based upon most technical factors as of this analysis, we don’t expect to see prices rise much higher than 153.4. This is a very important level not only because it is a confluent retracement and wave projection, but it also protects the 156.475 swing high. A move above 156.475 would take out of the waves down from this swing high and from 164.25. As a result the likelihood of a decline to or below 141.35 would be significantly dampened.