According to some pundits, natural gas’s recent move up is due to improved balancing of supply and demand. Government data shows the degree to which inventories are up this year relative to the five-year average has continued to shrink. It has been a hot summer, and demand has remained relatively strong.

That said, production has done well to keep pace with demand during summer, and there is a limit to the amount of gas that can be stored. Many analysts project that injection season will end at or near record levels again this year. Therefore, the market should be well supplied ahead of winter.

Fundamental factors will rule the longer-term. However, there are still many questions that need to be answered over the next six to eight weeks before the market can realistically determine a longer-term direction. For the near-term, a trading range between nominally $2.55 and $2.95 is still the most logical conclusion for now. Keep in mind, for nearly nine months of 2015 the prompt month futures contract traded in this range. 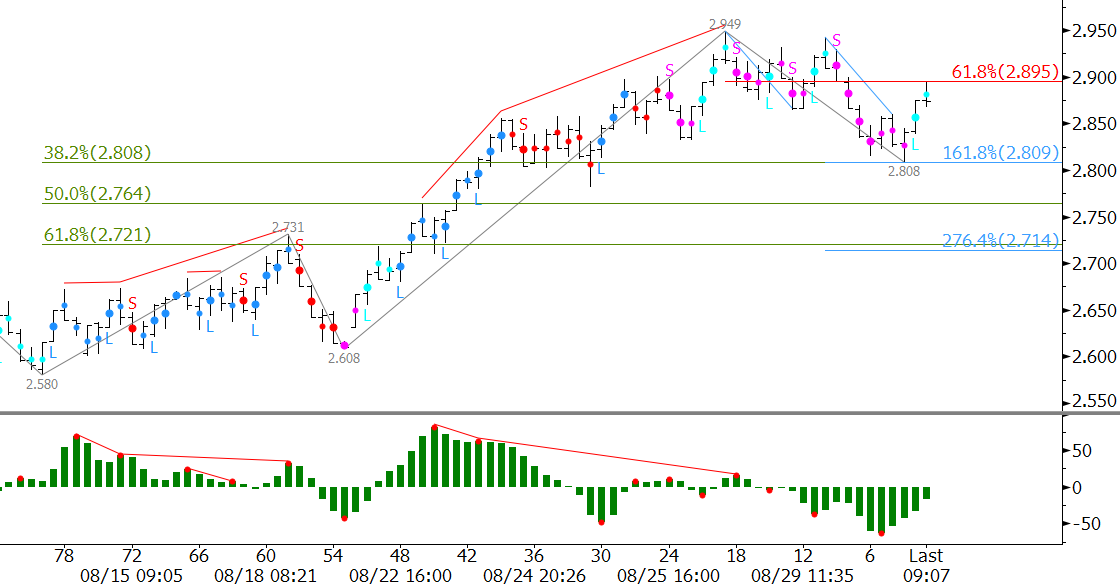 If the move up is going to extend to new highs in the near term, $2.81 needs to hold. In addition, October will need to finally close over $2.95. Otherwise, a close below $2.81 would signal trading range and call for confluent support at $2.71 to be challenged.