Natural gas was spurred higher last Thursday after government data showed a smaller than expected build for the week ended October 7. However, the move’s strength and resilience reportedly came as a surprise for many market participants due to mild weather across most of the U.S. The market remains well supplied according to many analysts and rig counts have begun to climb. The natural gas rig count expanded by 11 last week, which is the largest increase since late 2014.

This week, November natural gas prices have fallen to $3.144 so far and settled below major support at $3.21 on Wednesday. The move down stalled just before reaching the next target at $3.12.

The subsequent move up from $3.144 has been shallow, choppy, and is forming a bearish flag. Bearish flags are reasonably reliable patterns that indicate the market should continue to decline. The lower trend line of the flag is $3.15 and the upper trend line is $3.21. The $3.21 level may be tested first but should hold because odds favor a break lower out of the flag. 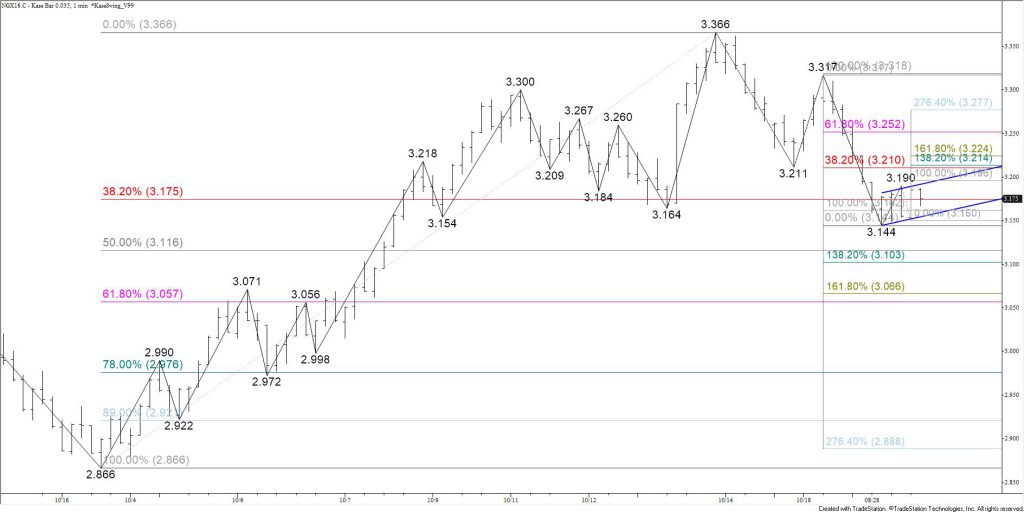