Once $2.80 is met, a significant three-wave test of support is anticipated. An eventual close above $2.80 would call for the move up to unfold as a larger five-wave pattern (or at least a nested three-wave pattern) that targets $2.93 and higher.

With that said, the hanging man patterns warn that the move up might be a simple three-wave correction of the decline from $3.507 that is stalling around $2.70. Should natural gas take out the $2.618 swing low look for a test of $2.58. This is the 38 percent retracement of the rise from $2.368 and is a level that must hold for the move up to continue to unfold as a five-wave pattern as expected. Settling below $2.58 would call for a test of key support at $2.50, a close below which would confirm the corrective move up is over and would shift odds back in favor of a continued decline.

This is a brief analysis for the next day or so. Our weekly Natural Gas Commentary and daily updates are much more detailed and thorough energy price forecasts that cover key natural gas futures contracts, calendar spreads, the UNG ETF, and several electricity contracts. If you are interested in learning more, please sign up for a complimentary four-week trial. 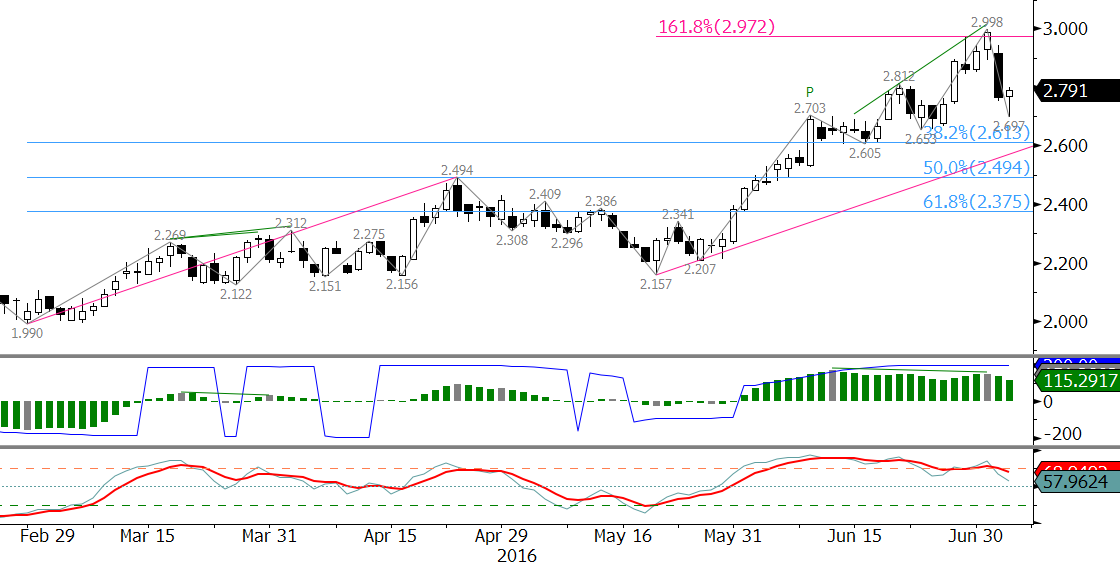