Natural gas has positioned itself for a break out of the recent coiling pattern that began forming on January 20. March futures tested the crucial $2.79 area this morning, and most technical factors still favor continued decline. However, March’s inability to close below $2.79 is making this recent range look more like a short-term bottoming formation versus a corrective pattern. In addition, a bullish KasePO divergence and first class long permissions (blue dots) for the KEES indicator on the 240-minute equivalent Kase Bar chart indicate prices may attempt to rise above $3.01 again after tomorrow’s U.S. Energy Information Administration (EIA) Natural Gas Weekly Update. 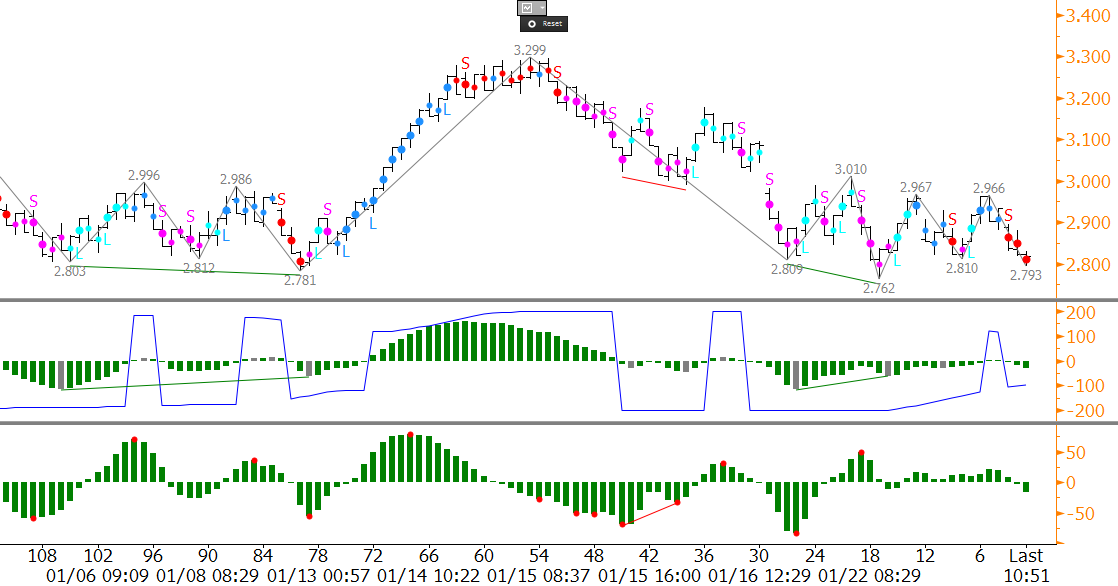 That said, even though March has held $2.79 on a closing basis thus far, it has not been able to maintain momentum behind any recent price rise. If natural gas cannot break higher this week, the odds of an extended upward correction will quickly diminish. A close below $2.79 would then open the way for the next leg down, where the first target of that move is $2.71.