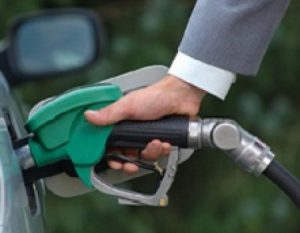 With VW cheating on diesel fuel emissions and standards being scrutinized worldwide, interest in electric vehicles may increase longer-term, and medium-term, gasoline fueled vehicles might pick up. But will gasoline prices get a boost any time soon? Probably not.

December gasoline, which becomes prompt in two days, traded up to $1.4604 at the end of August. Since then it’s been caught in a downward oscillating pattern, but remains above its earlier $1.1756 low.

Odds favor the downside. This was a large down month which prevented a bullish reversal pattern from completing. On the daily chart, the decline to and bounce up from $1.1756 was a bullish V-bottom but failed. The decline from $1.4604 was interrupted by a bullish flag which has since broken lower. The perpetual has been steadily dropping since mid-June, only going into a sideways stall during the past two weeks. 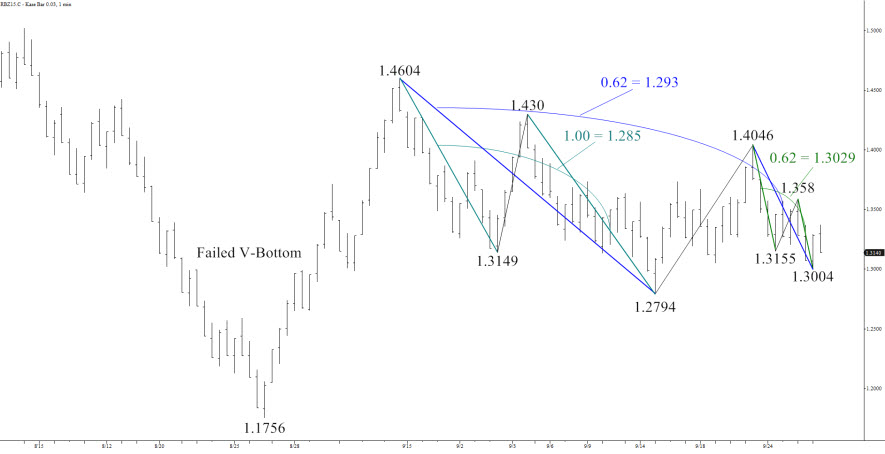 Odds of a recovery are higher than for a normal trending market. The decline from $1.4604 only met the minimum 0.62 extension. The decline has also been shallow.

A close over $1.375 would argue for concern that the move up from $1.1756 will extend. That’s the price above which I wouldn’t hold short-term short position. Above $1.4604 the contract is in for a further recovery. Either way, moderate prices, well below prices should prevail. So fill up the tank, and get on the road before December snows slow you down!

Send questions for next week to askkase@kaseco.com, and click the link to learn more about Cynthia Kase’s latest video series, Kase on Technical Analysis.