Why Is The US Dollar In The Doldrums? 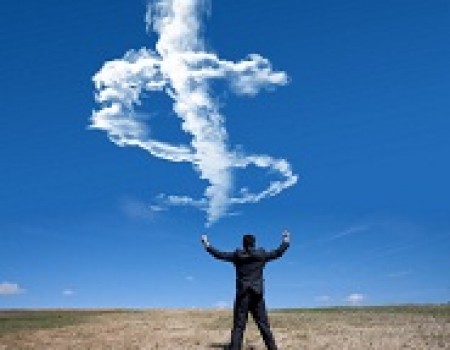 On Tuesday pundits were aflutter because the US Dollar had an up day, pointing to expectations that the Fed would soon clarify its intentions to raise rates. Technically, Tuesday was a “star” with a very small range, an inside bar which closed well below Monday’s open. It was indicative, at most, of a wait-and-see stance.

Technically, using the US Dollar index, DXY, the dollar, while not “in the doldrums”, isn’t yet robust. From a chart-driven standpoint, the market’s longer-term structure, viewed from March’s 100.39 high is negative. After five down days, prices are sitting on support. There must be a sustained close over 98.46 to give the dollar a boost.

The move up from 93.13 is a zig-zag abc pattern, where wave a equals wave c. Thus the upward correction could be complete having fulfilled a normal objective at 98.15. Also the second leg of the correction took 22 days, much shallower than the first at eight days. Put another way, it took almost three times as long for an equal increase in prices for wave c. The KaseCD momentum indicator exhibited a negative divergence at the July 21, 98.15 swing high.

95 is the 62 percent retracement of the entire correction from 93.56, as shown in the table below. (As shown by the strike through, the decline has met the 38 percent retracement.) Finally the wave from April’s 98.46 swing high targets 95 as its minimum extension. So 95 is both a big target and major support. If broken, a decline to 91 becomes probable.

The downward pattern from 98.15, is also a zig-zag with equal waves. That’s supportive, as is the Harami star noted above, along with a bullish divergence on the KaseCD based on a 0.25 Kase Bar intraday chart. As noted, at minimum, 98.46 must be overcome for a recovery to come into view. This is not only the first swing high above 98.15, but also highly confluent for recent up waves. Very importantly it’s the next 1.38 extension for the wave 93.56 – 96.37 – 94.68 that’s already met and extended beyond its 1.0, equal to, objective.

It’s not yet time to “bet your bottom dollar” on DXY, but to watch the key levels and act accordingly!