Ask Kase: How Long Will the Twitter Bird Sing the Blues? 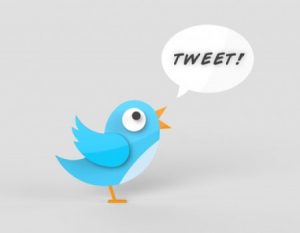 To an earlier generation the “Dorsey” brought to mind the famed orchestra leader and his acclaimed song, I’ll Never Smile Again. Followers of the tech market, though, will immediately think of Twitter’s interim CEO, Jack Dorsey. He’s just replaced Dick Costello, who, having been pressured by disgruntled investors, recently resigned.

Pundits point to reasons why Twitter’s been doing so poorly. Some blame mismanagement and complacency. Other tech-world doyens, compare Twitter’s user base, only about 20 percent of Facebook’s, and think there’s lots of untapped potential.

So the big question is – will Twitter ever “smile again”? Should one sell, buy, wait, or what?

Long positions became tenuous as sideways action in April followed a failure to overcome last October’s $55.99 high. When markets are dead-sideways, directional traders hold risk unrewarded. Any long positions should have been exited, if not on inactivity, then on stops, as, on the monthly chart, April completed an evening star pattern, with May confirming its demise.

Bearish action accelerated with a down gap on Monday’s open and broke through a potential triple bottom around $35.6. Yet, the gap might be an exhaustion gap, and Tuesday traded about $1.70 up from its $33.51 low. Momentum indicators are set up for bullish divergence, which requires the low to hold and at least one up day to complete.

For the unsmiling, provided $35.6 holds on a closing basis, I’d sell into an intraday decline and hold tight stops until safely below $33.2, at which time scaling up to a higher intraday or daily chart would be okay. I’d continue to monitor risk very closely as there’s support at $32. Below that I’d hang short, watching action closely at confluent Fibonacci extensions of $30.8, $27.7 and $25.5, with the major downside target $23.8.