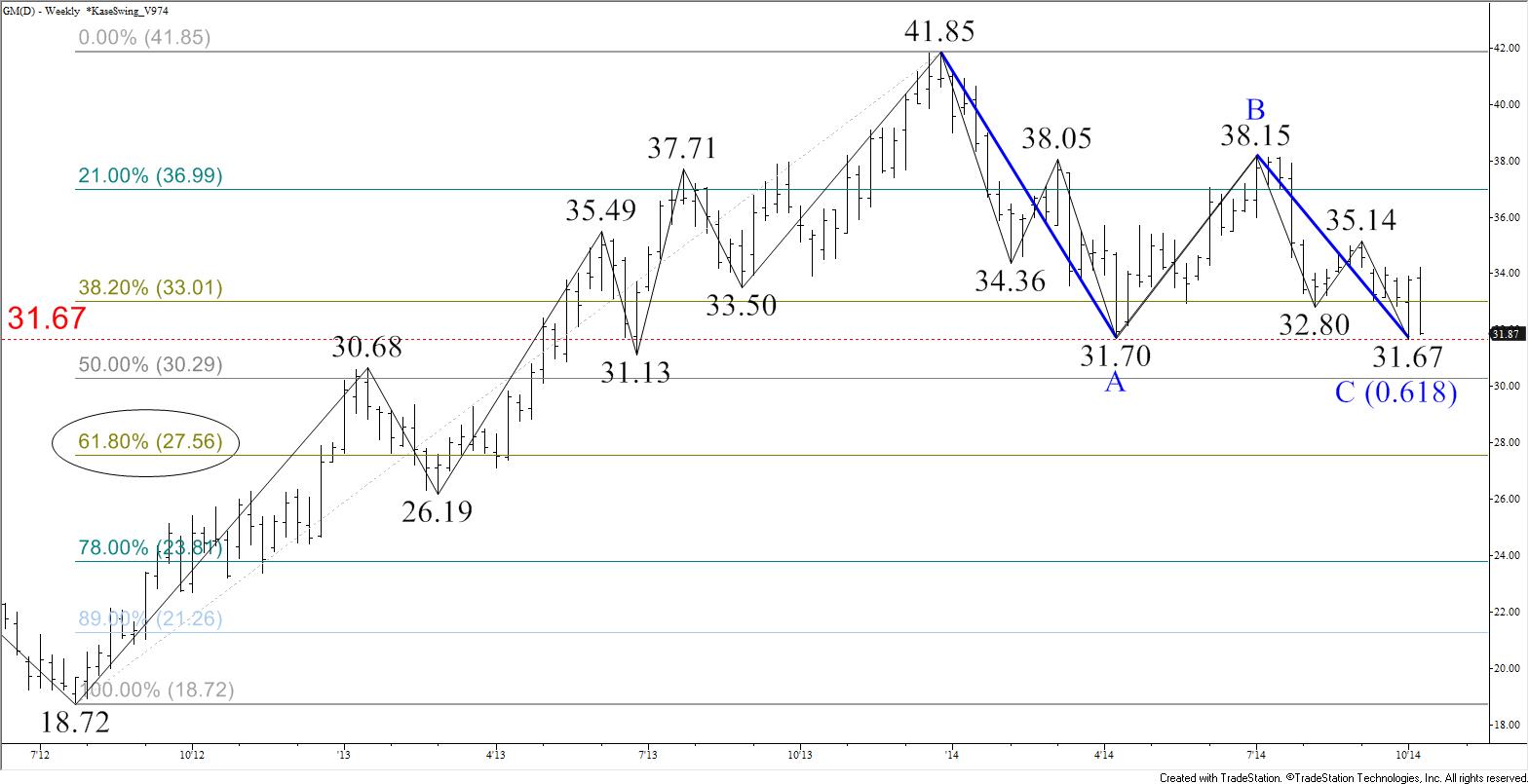 That said, a small double bottom may have formed at $31.67. This is a crucial area that has held so far, but October 7’s gap lower indicates $31.67 will not likely hold for much longer. Look for resistance at $34.2. The key level is $35.3. This is the 38 percent retracement from $41.85 to $31.67, and is in line with the 35.14 swing high. A close over this would call for an extended correction and attempt to confirm the double bottom with a close over $38.15. Confirming the double top would shift the long-term outlook to bullish and call for $44.6 and higher.