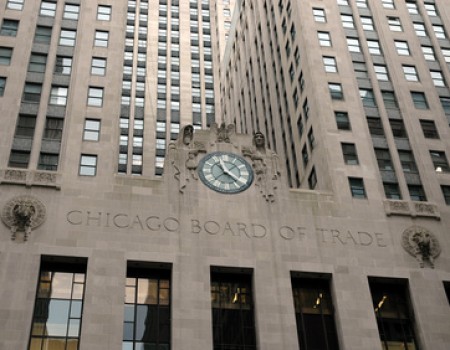 As a fledgling oil trader over 32 years ago, the one exchange with which I was familiar was NYMEX, now part of CME Group. So I’m always interested in how the exchange is doing. With erratic swings in equity, fixed income, and FOREX markets, some think investors will increasingly use the CME to manage risk and take advantage of bear markets.

Let’s see what the charts have to say about this transaction volume, as opposed to price driven, market.

Will the current modest recovery hold below its 62 percent retracement, or continue higher? The call is not clear, but my bias is higher with the proviso that CME must close and remain over $95.2 soon.

Here are the technical reasons:

The reason $95.2 is critical, in addition to being just over the 62 percent retracement, and the midpoint for the bearish week, is that it is structural resistance and previously support as shown on the chart. $95 is also the critical daily Kase DevStop3. So, a close over will mean, per statistical testing, odds for a close over $100 are 70 percent.

The big bearish factor is that $95 has not yet been overcome. If I were long, I’d begin to lighten up at $90, and become more aggressive below $86 and out by. Playing from the short side, I’d be emboldened below $90, and looking for confirmation at $86.5 and $82.6. The “settlement” on CME isn’t in yet, but odds are leaning towards some moderation to the upside. For the CME no “exchange” just yet.