Natural gas’s upward correction has stalled and is oscillating in a narrowing range centered around $2.78. This is a coil formation, which indicates that a breakout move is about to take place. The coil shows undertones of the market’s uncertainty between the balance of long-term bearish fundamentals and recent wide sweeping cold weather that has dominated headlines for the past few days. Typically, prices will break in the direction that the market entered the pattern, in this case up. However, coils are not statistically reliable continuation patterns like flags, pennants, or triangles. Therefore, caution is warranted for both bulls and bears headed into tomorrow’s U.S. Energy Information Administration (EIA) Natural Gas Weekly Update. 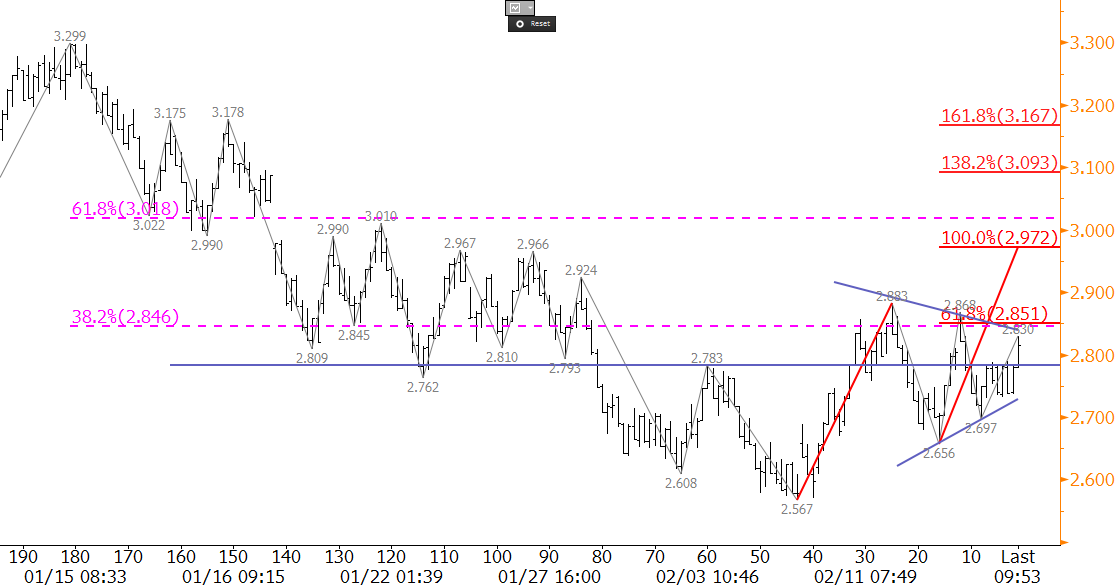