Is the “Baby’s” Sugar High Over? 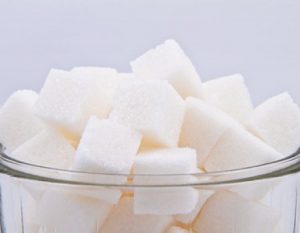 The market’s been watching the impact of El Niño since June. Then the National Oceanic and Atmospheric Administration said there was a 90 percent chance the baby would stick around all summer, and maybe even into 2016. Sugar has been rising since mid-August, as El Niño persisted, but turned choppy in October only to break to 15.53¢ as of the 3rd.

Apparently Niño’s wet weather is delaying the sugar harvest and fears have grown about undersupply. The technicals have been positive but slammed up against resistance at 15.53¢. So while it’s too soon to say if 15.53¢ is “it”, there is likely more downside. 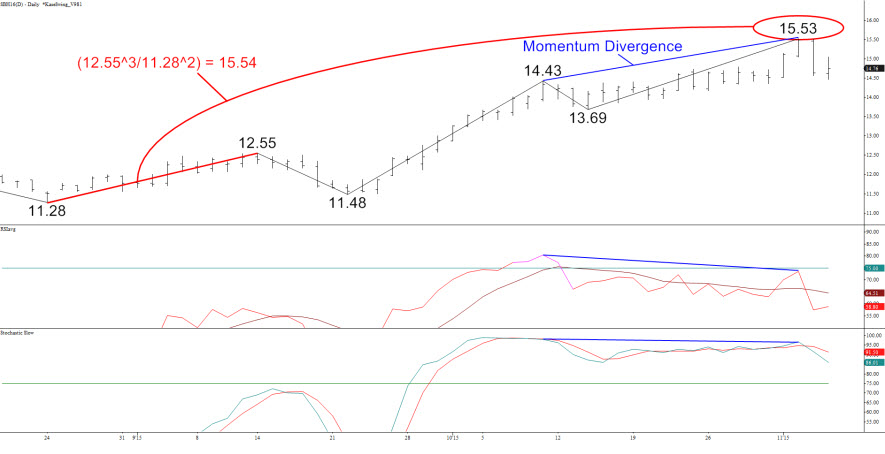 The open and midpoints of candlesticks constitute support and resistance. Last week’s midpoint was 14.37¢ and the open for the week ending October 9, the last large up week prior, was 13.92¢. There’s also an important swing at 13.94¢. So as long as this holds (the lower end of a 14¢ +/- 0.1¢ range), odds are open for the bull market to resume.

Initial resistance is 15.40¢. The decline isn’t dead unless this is overcome. Above this, a highly confluent 15.95¢, the last remaining target (the Phi^3 corrective projection) for the first wave up, and occurs as a target 10 times for the 10 waves up from mid-October’s 13.69¢ swing low. The highest price to which the March chart projects which has a moderate probability is 18¢, the 0.62 projection of the entire move up.